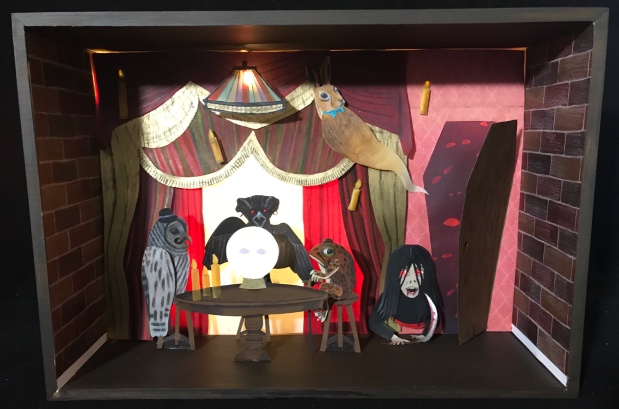 Mr. Toad and Owlbert went to see the famous Madame Raven in hopes of speaking to their friend Señor Rabbit. They had heard all about her coffin door and the powers it had of bringing back the dead. They hoped to speak to Señor Rabbit and find out for once and for all who took his limbs and left him to die. What they did not expect was to encounter more than their old friend’s spirit. Even Madame Raven was terrified of the creature walking in through the door. But it was much too late to do anything about it. That was one of the downsides of having a coffin door.
This light box was created during Drawlloween 2018.

Sound was added to video for spooky effect.